Someone on Twitter points out that Antifa.com is being redirected to whitehouse.gov. Watch below:

@POTUS why does the #antifa website redirect to the @whitehouse webpage. pic.twitter.com/iiwZUFTYdD

While the mainstream media and the federal government drummed up imminent threats of right-wing violence during the presidential inauguration at state capitol buildings, nothing happened that was significant in reporting. 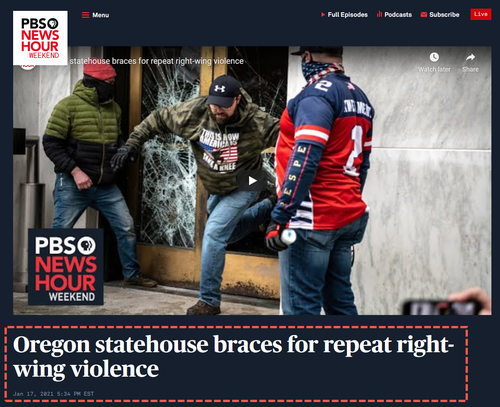 Meanwhile, after the Biden inauguration, leftist groups, such as Antifa, are causing chaos in multiple cities.

Antifa is marching in multiple cities. The latest is Seattle, according to AntifaWatch. 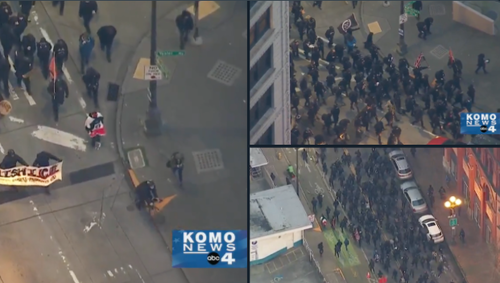 Chaos appears to be unfolding. 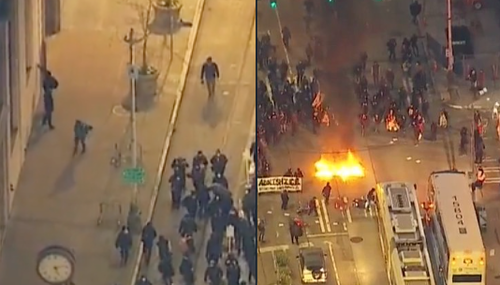 Antifa is burning an American flag.

Antifa is on the move in Seattle’s downtown district.

JUST IN – Antifa on the move in Seattle a little over 8 hours since Joe Biden was inaugurated.pic.twitter.com/pjrQES9aUs

Police are monitoring a group in #DowntownSeattle. Multiple sites have been vandalized. One arrest made for property damage. pic.twitter.com/oLfIsGt5Af 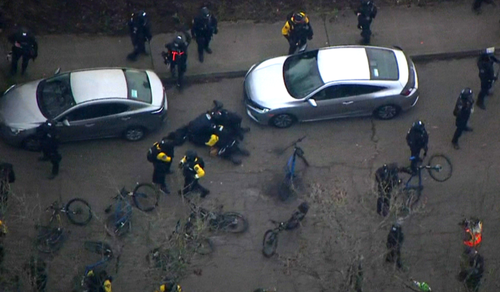 A group of violent demonstrators gathered in Southeast Portland on Wednesday afternoon, hours after President Joe Biden and Vice President Kamala Harris were sworn in at the US Capitol. The leftist anti-government group appeared displeased with the new administration as they attacked the building of the Democratic Party of Oregon.

Local news KGW reports the group of at least 100 people, dressed in all black, marched through Portland.

KGW’s Mike Benner posted a series of tweets showing the chaos unfolding in Portland as there was “significant damage at the Democratic Party of Oregon bldg at 9th & Everett.”

Significant damage at the Democratic Party of Oregon bldg at 9th & Everett pic.twitter.com/uZGBvhkJcc

Sound of breaking glass at what appear to be democratic offices at 9th & Everett pic.twitter.com/rgxipVVgjx

Inauguration Day in Portland. A group of about 100 people dressed in black march thru Southeast Portland pic.twitter.com/cGhVhdTwGW

Despite President Biden pleading for national unity in his Inaugural Address today, demonstrators in Portland held up signs that read:

“We are ungovernable” and “A new world from the ashes.” 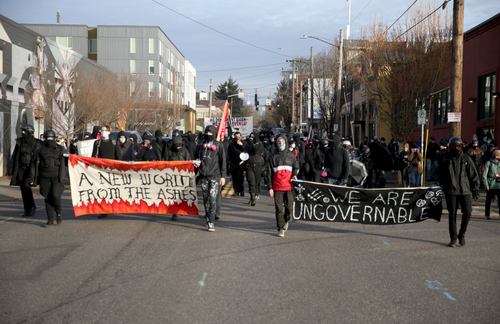 Conservative journalist Andy Ngo tweeted “shocking footage of Antifa” smashing the Democratic Party of Oregon building. So much for unity…

Portland: Watch shocking footage of #antifa smashing up the Democratic Party of Oregon headquarters. They bring weapons while their comrades use umbrellas to block surveillance video. Video by @Julio_Rosas11. #PortlandRiots pic.twitter.com/KdNNRgIEV0

Another local news station, KATU, said the protest in Portland this afternoon is called the “J20 protest.”

“We Don’t Want Biden – We Want Revenge!” another banner read. 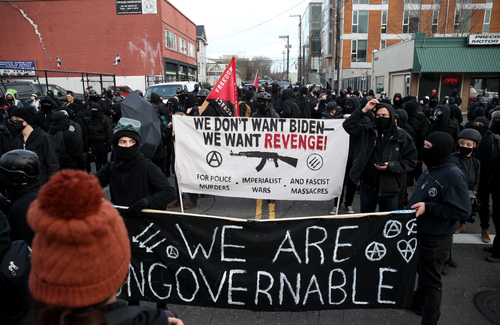 Already, there have been reports that some of the demonstrators have attacked police officers.

“Members of this group have been observed damaging the building. Anyone involved in criminal behavior, including vandalism and graffittiing is subject to arrest or citation,” Portland Police Bureau tweeted.

More demonstrations are planned for this evening, according to police.

We are aware of 3 planned events that could impact traffic in surrounding areas. PPB will monitor for any public safety issues and to ensure those involved can freely express their 1st Amendment rights in a peaceful manner. pic.twitter.com/1JaHTt1GBO

Besides Portland, so-called Antifa mobs were seen burning American flags outside Colorado’s Capitol building. The Sun describes the group as a “militant left-wing-group.” 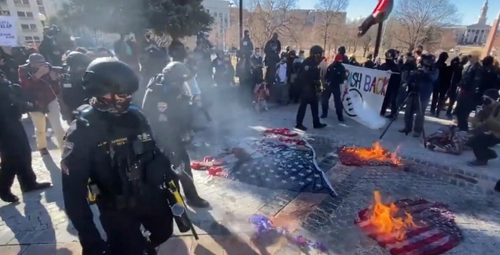 Reports keep pouring in as Antifa groups assemble in other cities. Twitter user Jason Whitman said an Antifa march was spotted at the Ohio Capitol building this afternoon. 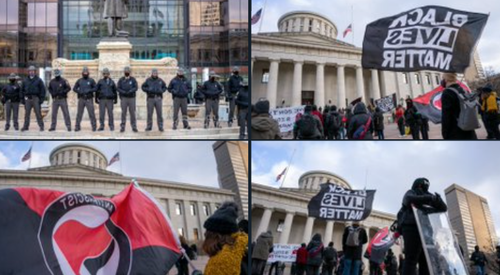 With reports of leftist anti-government groups, or possibly Antifa as some claim, are on a path of destruction in multiple cities following the Biden inauguration. There are reports Antifa is planning to attack Trump supporters this week.

The militant leftist group seeks to dismantle the federal government; it comes at the president calls for national unity.