We couldn’t dream up a better allegory for contemporary markets – where JPEGs are selling for millions of dollars and cryptocurrencies have become the market’s preferred means of hedging inflation – if we tried.

Over the years, we have reported on the phenomenon of scammers producing fake gold bars using tungsten, an extremely dense metal. These types of stories would often provoke outrage among major bullion buyers, forcing them to verify their inventories with ultrasound spot checks. Stories like these have prompted us to question how much of the gold sitting in bank vaults might actually be tungsten. But as it turns out, even if this were true, contemporary investors probably wouldn’t care, because in our environment of topsy turvey markets, turns out, tungsten prices are surging thanks to the same army of online investors that sent GME, doge coin and BTC to the moon. 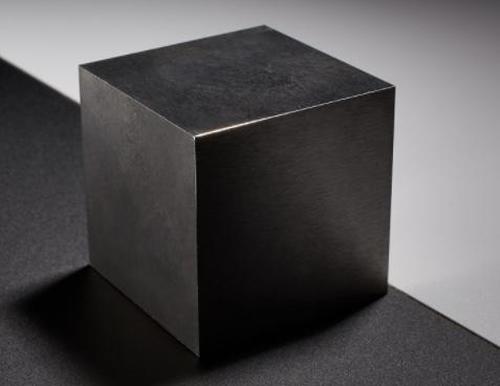 According to WSJ, which published a story on the tungsten phenomenon on Thursday, traders are buying and holding cubes of tungsten. 1.7x as dense as lead, Amazon.com’s product page describes tungsten cubes as “surprisingly heavy”…and a “great conversation piece”. Amazon Prime members can get free shipping if they buy the cubes.

The demand for tungsten came out of twitter and chat service Telegram. Crypto traders and other tungsten enthusiasts prompted a major run on tungsten supplies in recent weeks, with some paying $400 apiece for 2-inch cubes weighing around 5 lbs, and others paying $3,000 for the 4-inch version, which is about as heavy as “a low-horsepower outboard motor”, according to WSJ.

Why are traders so fascinated by these metal cubes? The paper quoted a Florida lawyer lawyer named Drew Morris who works at a blockchain intelligence company. Morris bought his 1½-inch cube after friends discovered the trend. He said he found the density “mind-blowing.”

“I keep it on my desk as a reminder of what motivates me—keep going, keep working,” said Mr. Morris, who also invests in cryptocurrencies. “One day, I’ll be able to upgrade to a larger-size cube.”

Specifically, WSJ credited a “FinTwit” member and crypto influencer, Neeraj Agrawal, director of communications at Coin Center, an organization that lobbies for the crypto industry’s interests in Washington, for helping kick-start the trend with a joke post claiming crypto traders were causing an imaginary global tungsten shortage. “I’m going to be buried with my cube, probably,” he told WSJ.

Nic Carter, another crypto influencer, has also been credited in helping grow the trend.

Those who have bought into the craze even have their own “rallying cry”: “We like the cube”, a play on “we like the stock”.

Midwest Tungsten, a producer of the cubes, has seen its inventories hammered by the demand for the cube.

Even NFTs of the metal cubes have sold out.

The Onion couldn’t have come up with this: pic.twitter.com/QkDxLUwbkv

We can’t argue with that. But like they say, truth is often stranger than fiction.