Former President Donald Trump is telling allies he’s seriously considering a run for president in 2024, but may do so without former Vice President Mike Pence on hist ticket, according to Bloomberg, citing ‘people familiar with the discussions.

On Sunday, Trump all but announced at the Conservative Political Action Conference (CPAC) that he was running again – while privately, according to two of Bloomberg‘s anonymous sources, he’s discussed “alternatives to Pence as he takes stock of who he believes stood with him at the end of his term and who didn’t.”

Trump’s advisers have discussed identifying a Black or female running mate for his next run, and three of the people familiar with the matter said Pence likely won’t be on the ticket.

That said, given Trump’s history of choosing the ‘best person for the job’ regardless of color or sex, and notwithstanding obvious establishment picks, we imagine that last bit may be a non-starter for Trump.

According to the report, Trump is considering South Dakota Governor Kristi Noem – who Trump Jr. and girlfriend Kimberly Guilfoyle are hosting a Friday fundraiser at Mar-a-Lago. Meanwhile, Trump publicly endorsed South Carolina Senator Tim Scott’s re-election. Scott is the only black Republican in the Senate.

Following the 2020 election, Trump was livid after Pence didn’t “do the right thing” and reject Electoral College votes for Joe Biden from several contested states. In response, Trump tweeted that Pence “didn’t have the courage to do what should have been done to protect our country and our Constitution.”

Pence rejected his boss’s appeals to unilaterally overturn Trump’s re-election defeat when he presided over the congressional count of Electoral College votes on Jan. 6. The event turned into an insurrection by Trump’s supporters, who invaded the Capitol, disrupted the count and forced the vice president and members of Congress to flee. Five people died in the melee. The two men didn’t speak for days afterward. Pence hasn’t said whether he’d be interested in running with Trump again, according to person familiar with the situation, who believes it’s doubtful Pence would. -Bloomberg

“President Trump hasn’t made any decisions regarding a potential 2024 run, but the buried lede here is that the media can’t stop talking about him,” said Trump adviser Jason Miller. According to the report “there’s been no serious consideration of future vice presidential candidates yet,” and if Trump runs, he won’t likely make a formal announcement until summer 2023, according to the anonymous sources.

During CPAC, Trump joked that he ‘May even decide to beat the Democrats a third time,’ alluding to his belief that the election was stolen.

As Bloomberg notes, Trump’s potential run may effectively freeze the 2024 GOP presidential field, as many potential candidates are likely to remain on the sidelines until they know if Trump will run again.

Trump is building a political structure that would serve as a campaign foundation should he decide to run again, including an existing political action committee, Save America, that accepts donations up to $5,000 per individual. A new super PAC, which would accept unlimited donations, is also planned. Pence was invited to speak at CPAC but informed organizers weeks ahead of the event that he and his family had decided to keep a low profile in the first half of the year. He has said he’s opening a transition office and plans to move back to Indiana this summer. -Bloomberg

Pence, meanwhile, is considered a “top-tier potential candidate in 2024” according to the report, which cites a Harvard-Harris poll conducted Feb. 23-25 which found that 42% of Republican voters prefer Trump for their 2024 nominee, while 18% want pence, who placed in second. If Trump isn’t a factor, support for Pence rose to 36% of GOP voters, followed by Texas Sen. Ted Cruz at 13%.

What will Trump’s 2024 campaign slogan be? 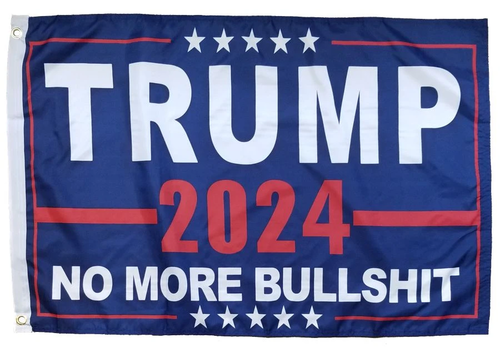