PALM BEACH, Florida – If Joe Biden becomes inaugurated as the next president, it will likely be his former boss, Barack Obama, who will personally have Biden ousted from office, says talk-radio star Rush Limbaugh.

“I think we’re seeing enough information on the Bidens now to safely say that Biden will serve at the pleasure of Barack Obama,” Limbaugh said Tuesday on his national broadcast.

“If Obama gives the green light to Democrats to take Biden out, there will be ample evidence that Biden has lied about his knowledge his family was selling his name and office with his permission, and if that’s in fact the case, then there’s likely unreported money that will be found.

Limbaugh continued: “I really think Obama’s running the show. Obama’s been running the Democrat show since 2016. He ran the operation against Trump. He ran the Russia sting. He ran the Russian coup. He ran everything, and he’s now running this. And as long as Biden accomplishes or does what Obama wants, then he’ll be fine. But I do believe that it will be up to Obama, Biden’s fate.”

The top-rated broadcaster said he doesn’t believe Obama has given up a single bit of control over the Democrat Party since leaving office in January 2017. 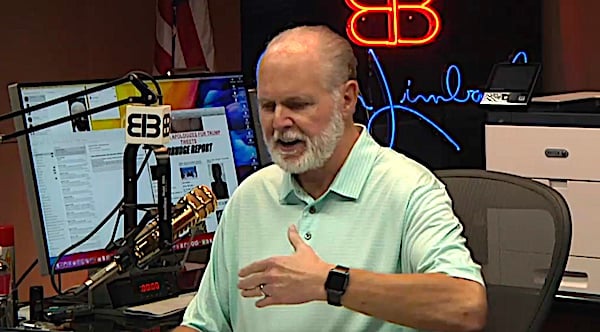 “I mean, how the hell does Biden become the Democrat nominee in the first place and then get elected president?” Limbaugh wondered aloud. “How the hell does that happen, of all people, Joe Biden, who happened to be Obama’s veep. That’s it.”

“Biden has never run for office successfully outside the Senate in his life. He has sought the presidency numerous times and never got past the early primaries. Now all of a sudden, bammo, not only is he the nominee, now he becomes president. I do believe, I really mean it, I think that Biden serves at the pleasure of Barack Obama. We’ll find out. It isn’t gonna be long.”

Limbaugh again promoted his theory that Kamala Harris was selected by Obama as Biden’s running mate, despite her dropping out of the Democratic primaries for lack of support before a single vote was cast.

“Barack Obama wants a radical leftist to be president and knows full well that ‘Kommie’ Harris could never be elected president on her own. The only way to make her president is to have Biden choose her and then somehow get rid of Biden or let that happen naturally, she’s the veep, she becomes president, never has to get elected, never has to go before the American people, and they’ve got their radical, leftist, socialist president built in, and it doesn’t matter what mainstream Democrats think about it.”