We’re all aware of the intense controversy surrounding the Nov. 3 election.

Voter fraud and election integrity became hot button issues in 2020 after several key swing states, including Georgia, Arizona, Michigan, Wisconsin and Pennsylvania, were consistently labeled “too close to call” and many were narrowly flipped blue during early morning hours.

The Public Interest Legal Foundation (PILF) reached a settlement with the Pennsylvania Department of State this week, according to a Wednesday news release on the organization’s webpage.

PILF’s lawsuit addressed a controversy that started after the foundation provided the names of the 21,000 deceased registrants on Pennsylvania’s voter rolls less than a month before the 2020 election.

This can make anyone wonder how these residents were still listed as registered voters in the state.

It speaks volumes about the doubts former President Donald Trump — and others — cast on last year’s election results, where numerous irregularities occurred (though the existence of widespread, coordinated, election-altering fraud has not been proven in court).

Acting Secretary of the Commonwealth Veronica Degraffenreid reached a settlement with the group this week, requiring “state election officials to compare death data sets from the Electronic Registration Information Center to the full voter registration database before the 2021 election.”

Pennsylvania also agreed to compare its voter database to the Cumulative Social Security Death Index to identify deceased registrants, according to the news release.

“This marks an important victory for the integrity of elections in Pennsylvania,” PILF President J. Christian Adams said. ‘The Commonwealth’s failure to remove deceased registrants created a vast opportunity for voter fraud and abuse. It is important to not have dead voters active on the rolls for 5, 10, or even 20 years. This settlement fixes that.”

So what does the settlement mean for state elections moving forward?

It confirms ongoing concerns conservatives have expressed about deceased registrants, taking a big step toward achieving greater measures of election integrity in Pennsylvania.

Although conservatives were quick to address this issue, the topic of election integrity should be anything but partisan. Fair and honest elections should be the standard for all Americans, regardless of political belief.

It’s obvious the state experienced some difficulties with elections last year. Removing deceased voters from the voter rolls is a necessary step to prevent future instances of fraud or other election-related dilemmas.

Via The Western Journal 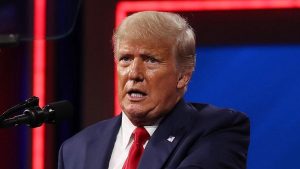