With yet another failed impeachment conviction under their belts, House Democrats have refocused their efforts, and are aiming for a Feb. 26 vote on President Biden’s $1.9 trillion stimulus plan, according to Bloomberg. 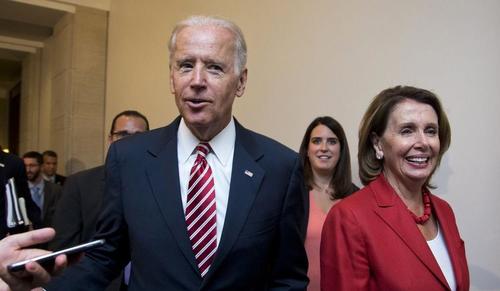 The tight timeline was announced on a call between House Majority Leader Steny Hoyer (D-MD) and fellow Democrats, and reflects a need to quickly approve another round of stimulus payments, along with enhanced unemployment benefits and – of course, money for schools which top infectious diseases doctor-cum Biden spokesman Dr. Anthony Fauci said is required to get teachers back into classrooms. Of note, several key benefits from the last round of pandemic stimulus will expire in four weeks on March 14.

In order to push legislation through by then, Democrats will likely need to amend certain provisions, including the $15 federal minimum wage requirement that at least two Democratic Senators – Joe Manchin of West Virginia and Kyrsten Sinema of Arizona – say they are opposed to. If the bill gets rejected in the Senate, an amended version would have to go through the House again, wasting valuable time.

The eagerness of congressional Democrats to move past Trump was evident from start to end of the shortest Senate impeachment trial in history. The agreement on the trial format between Senate Majority Leader Chuck Schumer and GOP leader Mitch McConnell kept the proceedings compressed, and the four days of arguments ended ahead of schedule.

After Senators voted on Saturday to allow witnesses to testify — a surprise result that risked delaying the trial’s conclusion by several weeks — House impeachment managers and the former president’s defense team agreed to enter a public statement into the record. That let the chamber move on to a verdict that day, acquitting Trump.

Although Democrats expressed disappointment in the outcome, they said they are ready to put the former president behind them and focus on Biden’s priorities. -Bloomberg

“We in Congress need to move forward with delivering the expanded unemployment checks, the stimulus checks, the reinvestment in our economy that the American people so desperately need and deserve,” said Sen. Chris Coons (D-DE) on ABC‘s “This Week.” 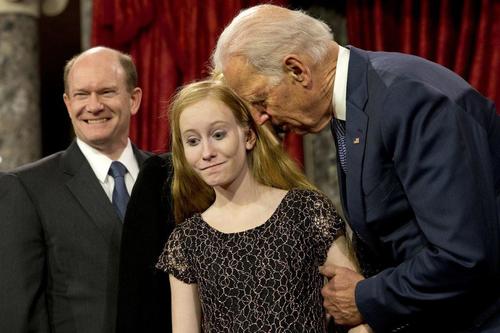 Biden, meanwhile, has been meeting with governors and mayors along with industry CEOs such as JPMorgan’s Jamie Dimon and Walmart’s Doug McMillon.

Last week, multiple House committees approved stimulus legislation under a fast-track budget reconciliation framework, which will allow them to progress through Congress with a simple majority in both chambers. The House Budget Committee, meanwhile, is expected to meet next week to assemble the individual bills approved in committee into the overall stimulus package, after which a vote will be held.

According to House Speaker Nancy Pelosi (D-CA), she will send the bill to the Senate as soon as it passes through the House, while Senate Majority Leader Chuck Schumer (D-NY) is apparently looking for ways to expedite the final bill once it reaches his chamber – including bypassing the Senate Finance Committee approval process for parts of the bill in order to get the legislation across Biden’s desk before the March 14 deadline.

Democrats’ next move will focus on an infrastructure and jobs package, according to the report, which will entail bipartisan discussions on physical infrastructure upgrades as well as rural broadband internet and investments in renewable energy, such as freezing windmills that require gas-powered helicopters to unfreeze using petroleum products.

According to Bloomberg, “House Appropriations Chair Rosa DeLauro and Senate Appropriations Chair Patrick Leahy’s plan to restore lawmaker-directed spending, known as earmarks, which Congress banned a decade ago. The practice allows lawmakers to insert funding for pet projects into legislation and is seen as a useful tactic to get members to back large ambitious bills, but it has been the source of scandal and abuse by some lawmakers.”

Also looking towards earmarks will be Transportation and Infrastructure Chairman Peter DeFazio, who will have primary jurisdiction over the infrastructure bill.

And since Republicans lost the Senate following a January runoff election in Georgia (in which attorney Lin Wood advised Republicans not to vote until the candidates supported Trump’s election challenges), there’s nothing Republicans can do about said earmarks.