Just yesterday, we discussed the censoring of a commentator by Twitter for merely expressing an opinion over the need for a “pause” on any federal mandates on Covid-19 as new research is studied.

Now, a former New York Times science reporter, Alex Berenson, has been suspended for simply quoting the results from a clinical trial by Pfizer and raising questions over any vaccine mandate. In the meantime, the White House accused both the Washington Post and New York Times of irresponsible reporting on Covid, but surprisingly Twitter has not suspended those accounts.  It is the license of the censor.  Twitter is unwilling to let people read or discuss viewpoints that it disagrees with as a corporation. Many on the left, however, have embraced the concept of corporate speech and censorship. It turns out that the problem with censorship for many was the failure to censor views that they opposed. With the “right” censors at work, the free speech concerns have been set aside. 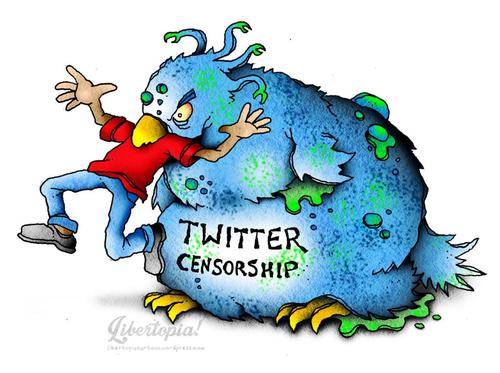 I have little ability to judge the science on such questions. However, I welcome the debate. Yet, rather than answer such critics and refute their arguments, many people focus on silencing anyone with dissenting viewpoints like Berenson.

Berenson has been effectively confined to Substack by Big Tech due to his discussing dissenting views on the science surrounding Covid-19. His latest offense against Big Tech came when he posted the results published by Pfizer of its own clinical data. He claimed that the research showed little difference in morality between those in the trial with a vaccine and those given a placebo.

[ZH: Alex has confirmed that Twitter initially tagged the post with a warning. Then they removed the tag. After Berenson posted the following tweet pointing out Twitter’s removal…

NEVER SEEN THIS BEFORE. TWITTER PULLED THE MISLEADING TAG FROM LAST NIGHT’S POST ABOUT THE @PFIZER DEATH DATA.

The times, they are a changin’ pic.twitter.com/6bTtzotEIH

This is Berenson’s 3rd lock in two weeks, and it’s for a full week, which we believe is the final step before a permanent ban.]

In the meantime, the White House sent out an all caps condemnation for “completely irresponsible” reporting on the infliction of vaccinated people according to another study.

Ben Wakana, deputy director of strategic communications and engagement for the White House, blasted the Washington Post over its headline about a study of a COVID-19 outbreak in Provincetown, Massachusetts on July 4th. The Post tweet read “Vaccinated people made up three-quarters of those infected in a massive Massachusetts covid-19 outbreak, pivotal CDC study finds.” Wakana responded “Completely irresponsible,. 3 days ago the CDC made clear that vaccinated individuals represent a VERY SMALL amount of transmission occurring around the country. Virtually all hospitalizations and deaths continue to be among the unvaccinated. Unreal to not put that in context.”

3 days ago the CDC made clear that vaccinated individuals represent a VERY SMALL amount of transmission occurring around the country.

Virtually all hospitalizations and deaths continue to be among the unvaccinated.

Unreal to not put that in context. https://t.co/BbmSNvQlrb

Wakana addressed the same issue with  a New York Times tweet stating “Breaking News: The Delta variant is as contagious as chickenpox and may be spread by vaccinated people as easily as the unvaccinated, an internal C.D.C. report said.” That sent Wakana into all caps: “VACCINATED PEOPLE DO NOT TRANSMIT THE VIRUS AT THE SAME RATE AS UNVACCINATED PEOPLE AND IF YOU FAIL TO INCLUDE THAT CONTEXT YOU’RE DOING IT WRONG.”

Now all three posters (Berenson, The Post, and The Times) were citing studies and accused on not putting them into context. However, only Berenson was suspended.

Obviously, none of these posters should be suspended and Twitter should not be enforcing one of the largest censorship programs in history. However, the silence of free speech supports, academics, and journalists to this hypocrisy is deafening.

The rise of corporate censors has combined with a heavily pro-Biden media to create the fear of a de facto state media that controls information due to a shared ideology rather than state coercion.  That concern has been magnified by demands from Democratic leaders for increased censorship, including censoring political speech, and now word that the Biden Administration has routinely been flagging material to be censored by Facebook.

This is why I have described myself as an Internet Originalist:

The alternative is “internet originalism” — no censorship. If social media companies returned to their original roles, there would be no slippery slope of political bias or opportunism; they would assume the same status as telephone companies. We do not need companies to protect us from harmful or “misleading” thoughts. The solution to bad speech is more speech, not approved speech.

If Pelosi demanded that Verizon or Sprint interrupt calls to stop people saying false or misleading things, the public would be outraged. Twitter serves the same communicative function between consenting parties; it simply allows thousands of people to participate in such digital exchanges. Those people do not sign up to exchange thoughts only to have Dorsey or some other internet overlord monitor their conversations and “protect” them from errant or harmful thoughts.