PALM BEACH, Florida — He’s the most-listened-to person in the history of American radio, a best-selling author and a recipient of the Presidential Medal of Freedom, but broadcasting legend Rush Limbaugh admits he sometimes feels like a major failure politically.

“There’s a large part of me that feels like I have failed in such a major way, in a political sense,” Limbaugh said Wednesday during his final broadcast of 2020.

“There’s still far more people than should be voting for Democrats, voting for the left. I chalk it up in part to having failed to convince people, persuade people of the truth,” he said. 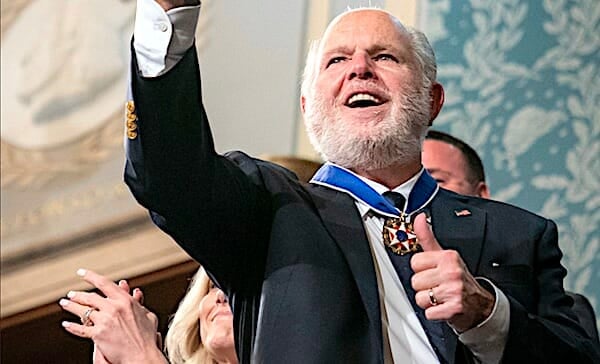 “It’s a very thin line here because, look, I’m not trying to evoke any sympathy from anybody. But it just … There’s a part of me just continually amazed that the Democrat Party that the left gets even 30% of any vote. But then I have to grab myself and say, ‘Rush, you’re missing reality. The reality is the lifelong meaning of the D next to somebody’s name, the unions that they have constant support from, the money and so forth.’

“I understand all this. It’s just that I’ve had my opportunities to get into people’s minds. I’ve had the opportunity to influence the way people think about these things. … There’s so many things that I look at that I don’t understand. If I’m successful here because of A, B, C, and D, then how in the world is my side losing, especially after these four years?”

Limbaugh then proffered an answer to that question himself.

“What do we have these last four years? We had nothing but full-fledged, all-out character assassination of our guy — and all of us. No need to recount it all: The Russian collusion hoax, the coup, all of that. It never ended. But then again, we countered it every day. We blew it up. We told everybody it’s a bumbling of hooey, it’s a bunch of lies. And yet there are smart people who believe it that I have been unable to reach, that I have been unable to change their minds.” 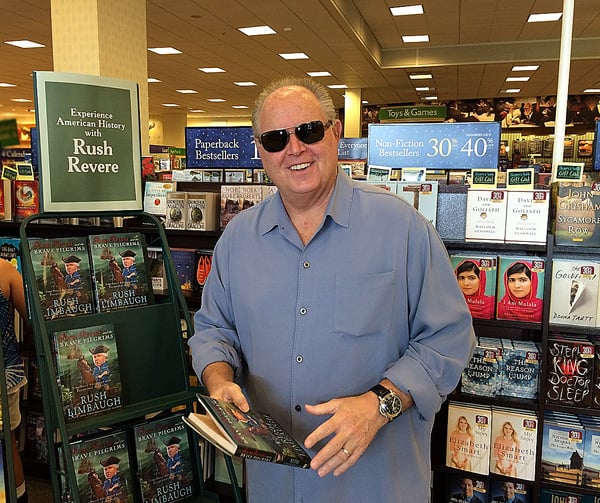 Throughout his Wednesday broadcast, callers informed Limbaugh of how important and inspiring he’s been to them for the more than three decades he’s been on the air, and the host acknowledged their sentiments.

“I’ve got people saying, ‘No, you haven’t failed. Trump’s victory was a triumph of you and your show and conservatism. You put Trump over the top. You can’t think that.’ Well, I do in … Look, folks. I told you, it’s a tough thing to understand because in the broad scheme of things who can deny that what’s happened to me has been overwhelming successful? I’m not doing that.

“But I’ve had all of these years to get to people, to explain the wonders, the beauties of freedom and liberty and how that is conservatism. And yet despite all that, there are Americans who are willing, eagerly voting to lose their freedom, to give it over to politicians that want to control ’em who don’t care about ’em. I wonder, ‘How did I miss ’em. How did I not reach ’em?'”

Limbaugh, who continues to fight a fierce battle against lung cancer, also noted how grateful he was to just to be on the air.

“I wasn’t expected to be alive today,” he said. “I wasn’t expected to make it to October and then to November and then to December — and yet here I am. Today I’ve got some problems, but I’m feeling pretty good today. God’s with me today. God knows how important this program is to me today, and I’m feeling natural in terms of energy, normal in terms of energy, and I’m feeling entirely capable of doing it today. I have been blessed.” 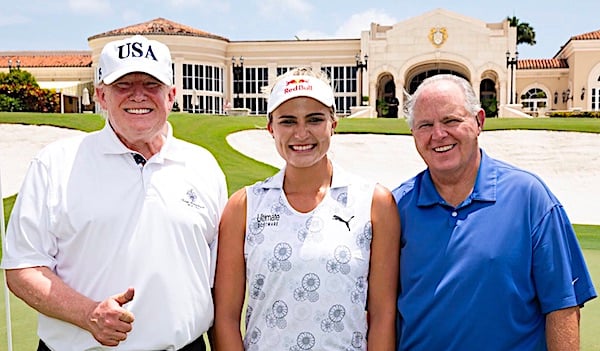 Limbaugh closed his show by thanking his audience, while reminding them at some point he’ll no longer to be able to anchor his program.

“I know so many people think this program has changed their lives for the better. You have no idea what you all have meant to me and my family. The day’s gonna come, folks, where I’m not gonna be able to do this. I don’t know when that is. I want to be able to do it for as long as I want to do it.

“I want to, but the day will come where I’m not going to be able to, and I want you to understand that even when the day comes, I’d like to be here. ‘Cause I have this sense of needing to constantly show my appreciation for all that you have done and meant to me. So I hope you all have a great Christmas, a great new year, and I hope that the things that are in store for all of us in the coming year are certainly better than what we have endured in 2020.”