More than 200 House Republicans are putting pressure on their Democrat counterparts to get down to the COVID-19 origins and hold the Chinese regime accountable for the pandemic coverup.

“We request that you instruct the appropriate Democrat committee chairs to immediately join Republican calls to hold the Chinese Communist Party (CCP) accountable for its role in causing the global COVID-19 pandemic,” stated a May 28 letter to Speaker Nancy Pelosi (D-Calif.).

Security personnel keep watch outside the Wuhan Institute of Virology during the visit by the World Health Organization (WHO) team tasked with investigating the origins of the coronavirus disease (COVID-19), in Wuhan, Hubei province, China, on Feb. 3, 2021. (Thomas Peter/Reuters)

The lawmakers said Pelosi had “falsely claimed” that “questions about the CCP’s liability” were a “diversion” – likely referring to Pelosi’s remarks from last May describing then-President Donald Trump’s blame on China as an “interesting diversion.”

“There is mounting evidence the pandemic started in a Chinese lab, and the CCP covered it up. If that is the case, the CCP is responsible for the deaths of almost 600,000 Americans and millions more worldwide,” they stated in the letter.

“[E]very American family that lost someone deserves answers about the origin of this terrible virus,” they continued, adding that “House Democrats’ ongoing refusal to allocate investigative resources to get those answers is an affront to them.”

“China can’t get away with this. Americans deserve answers,” Scalise wrote in a May 28 tweet.

The Epoch Times has reached out to Pelosi’s office for comments.

The lawmakers cited a growing pile of evidence that the virus may have escaped from a Wuhan lab, an idea that many media outlets and scientists had initially dismissed as a conspiracy theory.

A State Department fact sheet, released during the final days of the Trump administration, suggested researchers with the Wuhan Institute of Virology (WIV), located in the vicinity of the seafood market initially thought to be the outbreak’s origin, fell ill with COVID-19 like symptoms in autumn 2019. Recently, an undisclosed intelligence report also surfaced saying three WIV staff were sick enough to seek hospital care that November. 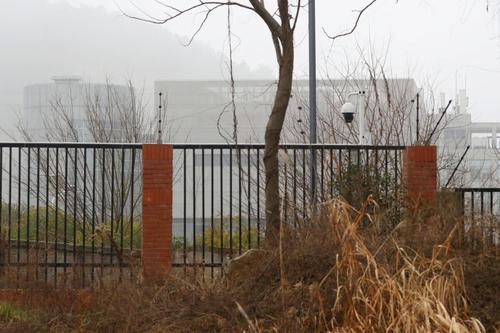 The P4 laboratory of Wuhan Institute of Virology is seen behind a fence during the visit by the World Health Organization (WHO) team tasked with investigating the origins of the coronavirus disease (COVID-19), in Wuhan, Hubei province, China, on Feb. 3, 2021. (Thomas Peter/Reuters)

U.S. Health and Human Services Secretary Xavier Becerra, while not mentioning China or Wuhan directly, has called for the World Health Organization (WHO) to launch a “transparent, science-based” phase 2 COVID origins study “to fully assess the source of the virus and the early days of the outbreak.”

“To hold the CCP accountable,” the lawmakers said they need “access to the full range of tools available to congressional investigators, including subpoenas for documents and the power to compel key witnesses to give testimony.”

“To date, Democrat committee chairs throughout the House are refusing to allocate those resources for questioning about the origin of the COVID-19 virus,” the letter stated.

They also pointed to Beijing’s consistent refusal to share raw data and WIV lab records, which they said fit into the CCP’s pattern of deception that includes expelling journalists to COVID-19 disinformation and silencing of whistleblowers.

While the WHO-led mission in Wuhan ruled the lab accident theory as “extremely unlikely,” experts and world leaders alike have criticized the findings for lacking independence. Foreign experts on the panel requested original data and samples but were only supplied a summary from their Chinese counterparts.

On Tuesday, a Chinese representative told the WHO’s assembly that the “China part” of the origin-tracing “has been completed,” and suggested investigators look elsewhere.

Pressure to find out how the pandemic began has nonetheless continued to mount despite the Chinese denial.

Biden, in a rare statement on Wednesday, said he has ordered an intelligence inquiry regarding the virus’ origins and expected a report within 90 days. The U.S. Intelligence has “‘coalesced around two likely scenarios’ but has not reached a definitive conclusion on this question,” he said.

The Senate on Friday passed a bipartisan resolution calling for the WHO to act with “extreme urgency” and “get to the bottom” of the pandemic origin.

The House Republican lawmakers, in their letter, said the Congress should take virus hunt effort into their own hands.

“It is clear that WHO failed to produce the final word on the origins of the COVID-19 pandemic and the CCP’s liability. That task falls to us in Congress,” the lawmakers wrote in the letter.

Via The Epoch Times