If you need to know the facts surrounding the death of knife-wielding 16-year-old Ma’Khia Bryant in Ohio, it’s all detailed here. 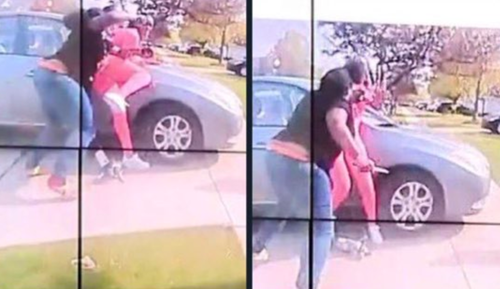 Of course, knowing the facts is racist and assuming the only reason that the police officer “murdered” this “peaceful” teen was “systemic racism” is how we are being trained to think… and that appears to have triggered wannabe social-justice-warrior (and basketball player) LeBron James who tweeted an image of the suspected police officer (CNN reported him as Nicholas Reardon) in the incident to his millions of Twitter followers… with the threat “you’re next”. 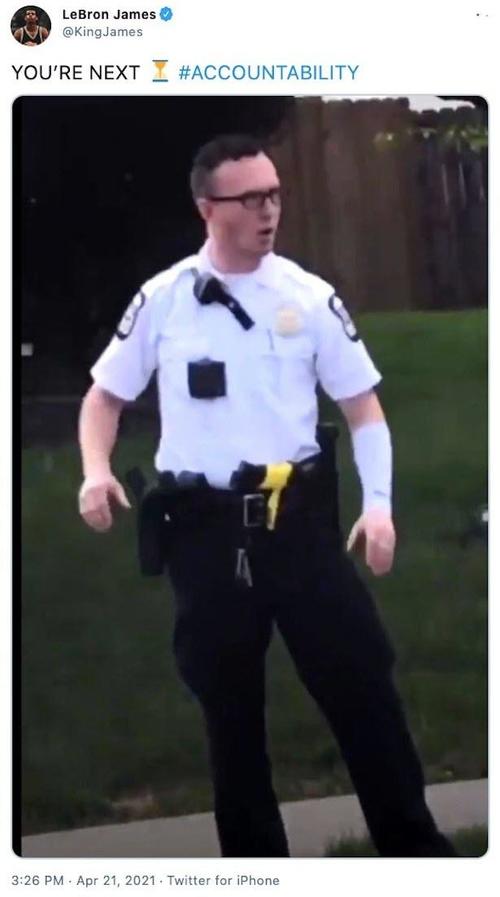 James clearly got told, presumably by his lawyers (or Jack Dorsey or quite frankly, any sane rational human being) to take that down and just 20 minutes later, the basketball star deleted this disgusting tweet.

Dear Twitter, how does this not violate your “community standards” in multiple ways?