After 62 minutes, having answered questions from 10 different outlets (some disgustingly ingratiating, some rather more pointed), President Biden is done.

“I got elected to solve problems,” Biden said at the beginning.

There was a fair selection ‘gaffes’ and trail-offs, and “you know, the things”…

Biden’s brain sputters out as he tries talking about the filibuster pic.twitter.com/qYmB2daNdk

Biden: “I don’t know” when I’ll allow reporters to access migrant detainment facilities; says it will be after he’s able to “implement” an overhaul of said facilities pic.twitter.com/5Ndvngv1xv

Biden suggests immigrants flooding the border are being forced into it: They "don’t want to leave” their home countries pic.twitter.com/oSqRTV1QUK

After waiting longer than any president in more than 100 years, Joe Biden will finally take the podium in the White House press room today (his 64th day in office). 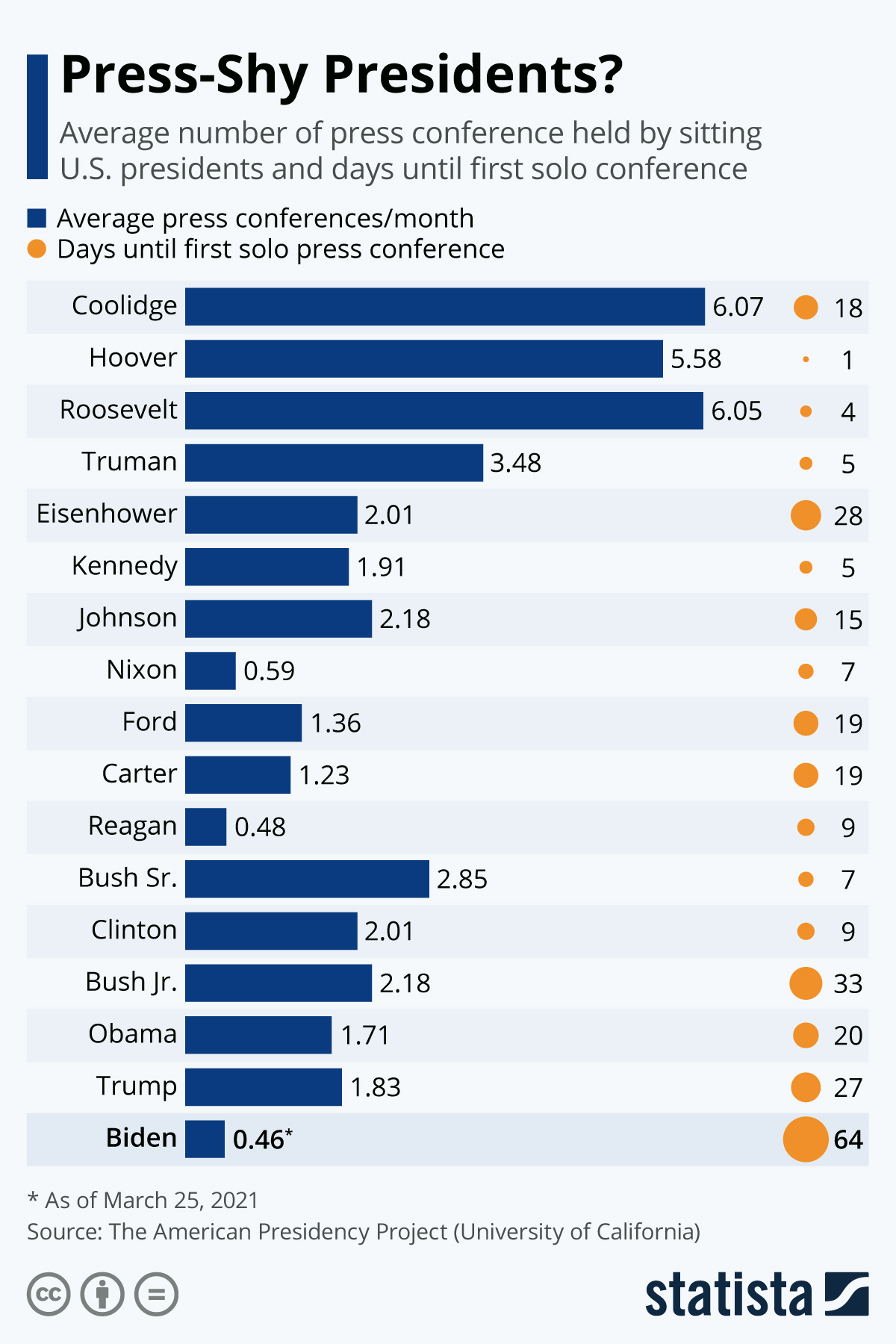 You will find more infographics at Statista

Just a few dozen journalists from news outlets selected by the White House Correspondents’ Association will be on hand in the East Room, because of restrictions related to the pandemic.

Some of the issues that we hope ‘reporters’ will address are as follows:

White House press secretary Jen Psaki said Tuesday that Mr. Biden is “thinking about what he wants to say, what he wants to convey, where he can provide updates and looking forward to the opportunity to engage with a free press.”

Fox News’ @pdoocy: “Somebody shouted out to Biden ‘how are you getting ready for your press conference’ and he said: ‘what press conference?’”
pic.twitter.com/R9A7IrfnqG

While this was played down as a comedic response, video suggests he was at least confused to start…

Given that Biden’s handlers have desperately kept him away from reporters for two months, it will be interesting to see what on earth he comes out with when he can’t be pulled away from the cameras.

…the question is, will Biden be “circling back” with anyone?