“Everyday there is another account that is drawing away from the business of government,” reads a statement from Stewart-Cousins. “We have allegations about sexual harassment, a toxic work environment, the loss of credibility surrounding the Covid-19 nursing home data and questions about the construction of a major infrastructure project.

“New York is still in the midst of this pandemic and is still facing the societal, health and economic impacts of it. We need to govern without daily distraction. For the good of the state Governor Cuomo must resign.”

“I am not going to resign because of allegations,” Cuomo told reporters on a Sunday call. “There is no way I resign.”

Cuomo says his behavior has been “misconstrued” by his accusers, while suggesting that claims by former press aide Karen Hinton are “not true.”

“I never meant to make anyone feel uncomfortable,” Cuomo said in response to the scandal. “I am not going to be distracted because there is too much to do,” he added.

New York Governor Andrew Cuomo has now been accused by two more women of inappropriate behavior, bringing the total to five, while two female aides have quit his administration over the sexual harassment allegations as well as a coverup scandal over COVID-19 deaths in the state’s nursing homes. 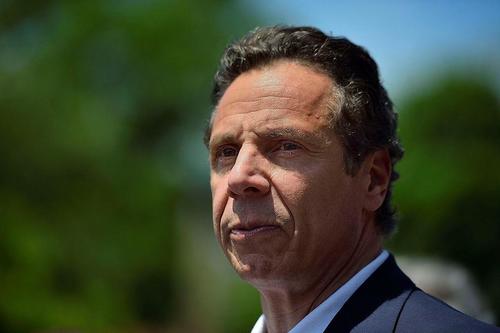 Ana Liss and Karen Hinton have given statements to the Wall Street Journal and Washington Post respectively, with Liss claiming that Cuomo called her “sweetheart,” kissed her hand, and asked personal questions about her love life – frequently greeting her with a hug and a kiss on both cheeks. Hinton, meanwhile, told the Post that Cuomo “summoned her to his dimly lit hotel room and embraced her after a work event in 2000,” and that after she pulled away, “he pulled her back toward his body, holding her before she backed away and left the room.”

Liss and Hinton bring the total number of accusers to five:

On Monday, Anna Ruch told The New York Times that she met Cuomo at a wedding in September 2019. He allegedly placed a hand on her bare lower back and called her ‘aggressive‘ when she removed it. Ruch said Cuomo then placed his hands on her cheeks and asked if he could kiss her.

On Friday, Lindsey Boylan said that Cuomo made unwanted sexual advances toward her. She resigned in 2018 after the governor kissed her on the lips without her consent.

Another former aide, Charlotte Bennett, 25, said Cuomo asked if she ever had sex with older men and made other comments she interpreted as gauging her interest in an affair.

Cuomo also reportedly browbeat male aides in his office, calling them “pussies” and saying “You have no balls,” according to the Post.

What Cuomo has touted as an “aggressive” style goes far beyond that behind the scenes, according to more than 20 people who have worked with him from the 1990s to the present. Many former aides and advisers described to The Post a toxic culture in which the governor unleashes searing verbal attacks on subordinates. Some said he seemed to delight in humiliating his employees, particularly in group meetings, and would mock male aides for not being tough enough. –Washington Post

And while Cuomo has denied sexual misconduct with former aides, let’s take a moment to recall what happened last year when media pundits rushed to the New York Governor’s defense amid a public spat with former President Trump:

A year ago, they couldn't stop hyping Cuomo and praising his "leadership." We have the receipts. pic.twitter.com/TQ2IdNaZV7

Of course, the people never forget when it comes to media clowns: