The House of Representatives in the late hours of March 3 passed a sweeping election reform bill that, if signed into law, would affect multiple aspects of the electoral process and campaign financing.

The proposed legislation would need 60 votes to overcome a filibuster in the Senate. Democrats currently hold the smallest possible majority in the Senate, with 48 Democrats and two independent senators who caucus with them. It is unclear whether there would be enough support, with the bill needing 10 Republicans to overcome the filibuster.

President Joe Biden, a Democrat, has said he would sign the bill into law if it reaches his desk.

“This is called the For The People bill. And in doing so, we combat big, dark, special-interest money in politics and amplify the voice of the American people,” House Speaker Nancy Pelosi (D-Calif.) said Wednesday at an event prior to a vote on the bill. 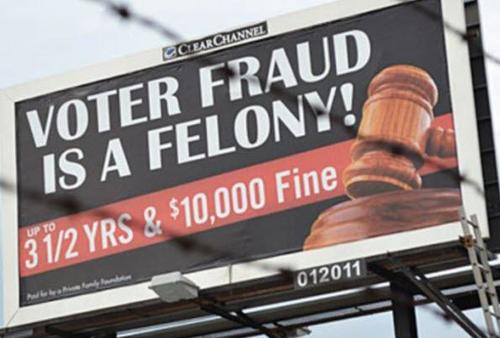 However, as AmericanThinker’s Andrea Widburg warns, if you thought the election in 2020 was bad, you’d better reach out to your senator to fight H.R. 1, which passed the House last night.  H.R. 1 takes every bad idea blue states adopted in 2020 — all with an eye to facilitating election fraud and increasing the number of otherwise ineligible Democrat voters — and nationalizes all of them.  It isn’t just that this bill will mean that Republicans will have an even more uphill battle than usual in every election.  It also means that no federal election will ever be trustworthy — and an untrustworthy system is one that will inevitably fail.

John Fund says  H.R. 1 “is the worst piece of legislation I have ever seen in my 40 years reporting from Washington.”  According to him, the bill, if it becomes law, “would cement all of the worst changes in election law made in blue states in 2020 and nationalize them.”  He quotes Hans von Spakovsky, who summarized some of the worst aspects of the bill.  (The link Fund gives for Spakovsky is here, but it goes to a dead page.)

House minority leader Rep. Kevin McCarthy put together a short video explaining some of the other problems with the bill:

Democrats did not design #HR1 to protect your vote. They designed it to put a thumb on the scale of every election in America and keep the Swamp swampy. pic.twitter.com/Csyu9AX6Ce

Because Republicans are honorable enough (or stupid enough) to believe that election fraud is wrong, the bill is an election boondoggle for Democrats.  It is they who are constantly trying to register everyone, from the newborn babe to the murderer to the irresponsible teen to the granddad who died decades ago.  Having all those names on the voter rolls, and making them impossible to purge, creates huge vistas for fraud — something we saw happen in blue states that have already implemented many of these changes.

And allowing the election to extend indefinitely ensures that Democrats will always win.  They’ll just see how many votes they need after Election Day and keep submitting more ballots.  Eventually, in self-defense, Republicans will do the same.  At that point, citizens can just stop voting at all, because elections will have devolved into battles between crooks rather than the voice of the people.

Contact your senators and make let them know that, in the interests of American democracy, you are completely opposed to steps that will weaken Americans’ ability to trust the integrity of their elections.  It’s not just Republicans who should care.  Democrats should, too.

In D.C., the continued presence of the National Guard shows that the Democrats are frightened.  They fear that people who feel that they don’t have a truly representative government will make themselves heard by other means.  If the Democrats continue with this mad plan to destroy voter integrity, they will become increasingly fearful of the American people.  It creates a volatile situation when the government fears the people because the government knows that it has done wrong.