Donald Trump stole the show at CPAC on Sunday, as expected. 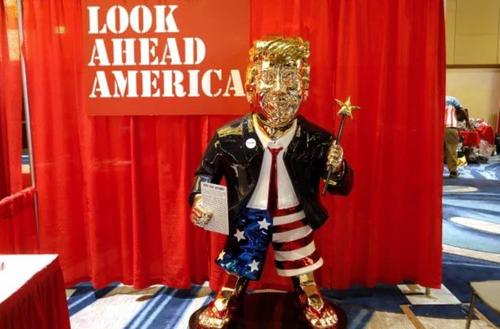 In a hotly anticipated 90-minute speech…

…the former president slammed the Biden administration, renewed accusations that the 2020 election was ‘rigged’ while hinting at another run – joking at one point that he may “decide to beat them for a third time” to loud round of applause.

TRUMP: "Joe Biden has had the most disastrous first month of any president in modern history… In just one short month, we have gone from America first to America last." #CPAC pic.twitter.com/O4I5WiRltJ

I may even decide to beat them a third time – Donald Trump talking about the democrats in 2024. I see him all the time but I still miss him on the world stage. Simply awesome! pic.twitter.com/KjkQgpJ0ZS

"With your help we will take back the house, we will win the Senate and then a Republican president will make a triumphant return to the White House. And I wonder who that will be."

TRUMP: “We must have Voter ID” pic.twitter.com/iXZWTptWgT

Trump hits Biden on his comments about vaccine availability before he took office.

"I actually believe he said that because he didn't really know what the hell was happening." https://t.co/VlT7z8drtO pic.twitter.com/5TmEAKqnVN

“There’s no reason whatsoever why the vast majority of young Americans should not be back in school immediately. The only reason that most parents do not have that choice is because Joe Biden sold out America’s children to the teachers’ unions,” said Trump, adding: “On behalf of the moms, dads and children of America, I call on Joe Biden to get the schools open and get them open now.”

TRUMP: "There's no reason whatsoever why the vast majority of young Americans should not be back in school immediately. The only reason that most parents do not have that choice is because Joe Biden sold out America's children to the teachers' unions." #CPAC pic.twitter.com/cqvJofpQ5S

Scroll down for more clips…

And kissed and hugged the flag as he entered the stage… 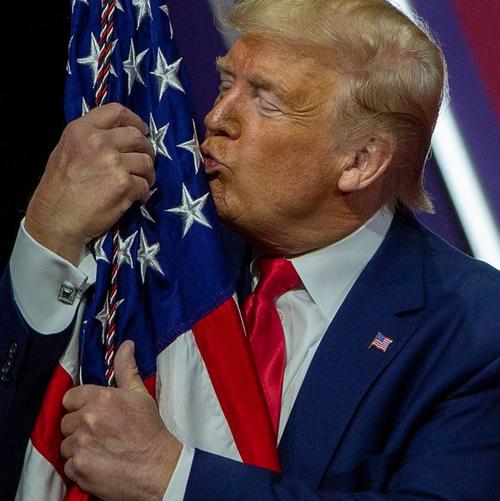 Trump began his speech to a crowd spilling over with excitement:

“…the journey we started four years ago is far from over…”

“Our movement of hard working American patriots is just getting started and in the end we will win.” pic.twitter.com/2gt9IxKgO7

“I’m not starting a new party.. that was ‘fake news'”…”plan is to have a united GOP, not to divide and conquer”

TRUMP: "We have the Republican Party… I am not starting a new party. That was fake news." #CPAC pic.twitter.com/192lpOwgXA

Trump predicts “withering losses” for Democrats in 2020 and adds: “I may even decide to beat them for a third time.”

TRUMP: "Democrats should suffer withering losses in the midterms and to lose the White House decisively four years from now… I may decide to beat them for a third time." pic.twitter.com/QhDRd7km4t

We are sure the MSM will be triggered over this…

TRUMP: "Democrats used the China virus as an excuse to change all of the election rules without the approval of their state legislatures… It had a massive impact on the election" #CPAC pic.twitter.com/iCqW9ll3cH

And blasted the big tech censorship of conservative voices…“There is no debate because they refuse to allow our side to even speak or be heard,”

TRUMP: "The time has come to break up big tech monopolies and restore fair competition."

He then compliments GOP governors like Ron DeSantis who have gone after big tech. #CPAC pic.twitter.com/3uhRfGP52x

What does Trumpism mean?

TRUMP: "Trumpism means strong borders… no riots in the streets. It means law enforcement. It means very strong protection for the Second Amendment… It means support for the forgotten men and women who have been taken advantage of for so many years" #CPAC pic.twitter.com/WA555DbUzK

As we previously detailed, American Conservative Union (ACU), the host of the conference, invited the former president to speak at CPAC.

An official close to the planning process told The Epoch Times that the invitation was sent out last year. 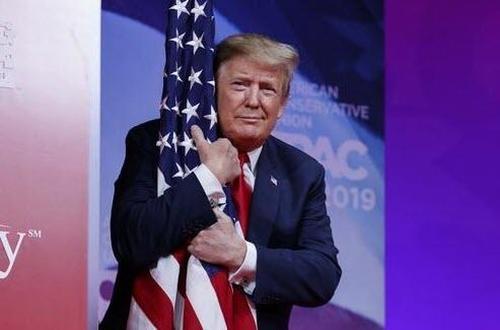 Trump appears to be more active in the political arena after the conclusion of his second impeachment trial. He issued a lengthy statement confronting Senate Minority Leader Mitch McConnell (R-Ky.)’s speech against him and appeared on several media outlets to saluting Rush Limbaugh after the death of the iconic conservative radio commentator.

He issued a dire warning to Americans about socialism in his 2020 CPAC speech.

“Far-left radicals have become increasingly desperate and increasingly dangerous in their quest to transform America into a country you would not recognize—a country in which they control every aspect of American life,” he said.

“Just as socialist and communist movements have done all over the world, they’re cracking down on all dissent and demanding absolute conformity. They want total control.”

Trump warned that the result of implementing such policies would “turn America very quickly into a large-scale Venezuela.”