With stocks tumbling following the report that Joe Biden is considering a proposal that would double the capital gains tax, as investors dump in hopes of locking in existing cap gains rates – an exercise in futility if Biden and the socialists in Congress decide to make such a tax change retroactive to all of 2021 – Bloomberg quickly polled several Wall Street traders who focused on the policy’s implications for investing, and concluded that while it was too soon to panic, prospects of a higher levy on stock profits could spark near-term selling as investors look to skirt a higher rate.

Here are some hot takes, courtesy of Bloomberg:

It will incentivize selling this year before it does anything else. In the years to come, it will probably discourage selling, to some extent, but may also discourage buying as well as people look at other things to do with their money. The higher the taxes, the less people are likely to participate in activities that cost them tax.

It’s more aggressive than what people were expecting. I would personally fade the reaction though. Seems very unlikely that it will pass in its current state, so it would be heavily diluted.

If this is the start of less market-friendly policies, it could make the gains from here a lot choppier. We worry less about an increase in corporate tax rates and more about capital gains taxes/changes in stepped up basis. Those latter two have a much more chilling and direct effect on how people invest.

I don’t think anyone is truly surprised that Biden is unveiling a cap gains tax, but what few people expected is that he’d do it so soon and in this magnitude. Unless it’s effective retroactively for 2021, it’s likely to be a 2022 rule — in that case you will see at least marginal selling this year. And while retail investors get a lot of press right now for being a dominant force in day-to-day volume, the reality is that most stocks held by individuals are held by the wealthiest ones.

Prices are set by the balance of buyers and sellers so if you have more incentive to be a more active trader to reduce taxes, that’s going to put limits on how high stocks can go because there will be more sellers. And that’s the market mechanism on any given day. I’m not saying that ultimately but you’re artificially creating sales.

The devil will be in the details — will it be retroactive to January 1 of this year and then you wouldn’t need to sell right away? Will it be the beginning of next year? That all begs the question, will it get passed? With taxes especially there’s a lot of horse trading before the final deal. There are a lot of moving parts. One thing investors can be sure of is that taxes are going up and we have to at least partially pay for all the money we’ve been spending on stimulus.

Preston Byrne had an interesting take, pointing out that it would be “awesome Millennials and Gen Xers agreed to Gamestop the hell out of this and refuse to sell anything until the tax is repealed”

On a more ominous note, it would appear Silicon Valley’s honeymoon with the Harris-Biden presidency could be ending fast as billionaire VC Tim Draper rage-tweeted that the potential doubling of the capital gains rate could kill off American job creation…

43.4% capital gains tax might kill the golden goose that is America/Silicon Valley. People need an incentive to build long term #startups of value. In California, that would be a 56.4% tax burden. >50% Spells death to job creation.

Draper does have a ‘solution’ to this tyrannical soak-the-rich scheme, tweeting that the “antidote for oppressive government and runaway taxes is… Bitcoin.”

The antidote for oppressive government and runaway taxes is….#Bitcoin.

Finally, since none of this actually applies to the rich who invest via hedge funds which are offshore tax entities, here is a snapshot of the current mood in the Cayman Islands. 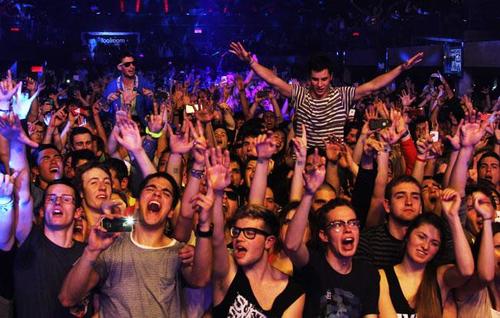