President Biden has insisted that his military advisers did not advise him to keep a residual force in Afghanistan to avoid a total collapse of the U.S.-backed government.

But the general who commanded U.S. and NATO forces in Afghanistan told senators Tuesday he declared his opposition to Biden’s complete withdrawal to the top military brass. 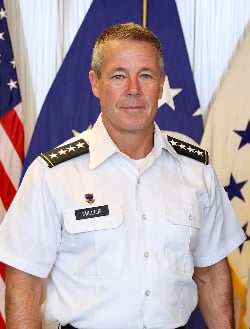 But in an interview last month, Biden told ABC’s George Stephanopoulos that “no one” suggested leaving troops in Afghanistan to avoid a total collapse.

After the briefing Tuesday, Sen. James M. Inhofe of Oklahoma, the committee’s ranking Republican, said “we heard enough to know that there are inconsistencies between what the administration has said and the truth.”

Inhofe said Miller didn’t express his dissent directly to Biden “because the president wasn’t there” at the meeting of the top chain of command.

Inhofe did not disclose when Miller registered his dissent. But the Washington Post reported in mid-August that Miller warned against a total pullout “months before Biden unveiled his withdrawal decision.”

And, the Post reported, Secretary of State Austin also warned Biden against withdrawal, contending a collapse of the American-backed government would be the likely result.

Milley is scheduled to testify Sept. 28 with Austin and McKenzie in front of the Senate Armed Services Committee.