The chief financial officer of Bed Bath & Beyond, the company which ran into severe financial trouble after dropping Mike Lindell’s MyPillow products, is now identified as the man who jumped to his death Friday from New York City’s iconic new skyscraper called the “Jenga” building.

Gustavo Arnal, 52, also an executive vice president for the home-goods retailer, plunged from the 18th floor of the 60-story tower, known for its misaligned apartments that resemble the popular game “Jenga.” 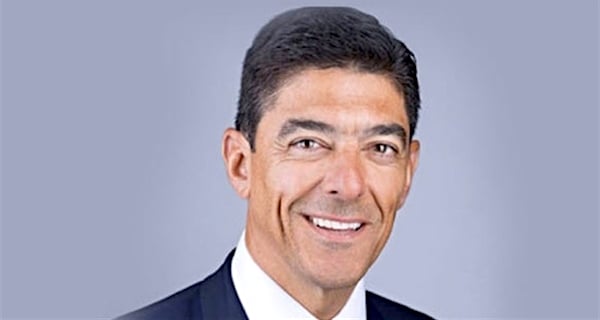 Just two days before his death, the company announced it was closing 150 stores of its roughly 900 stores, and laying off 20 percent of staff of about 32,000 employees overall.

Previous to joining Bed Bath & Beyond in 2020, Arnal was CFO for cosmetics giant Avon based out of London and also had a 20-year career overseas with Procter & Gamble.

He reportedly sold more than 42,000 shares in the firm for $1 million just over two weeks ago, according to MarketBeat.com.

At the time of his death, he reportedly owned 267,896 shares in the company, valued at just under $6.5 million.

Last year, he earned more than $2.9 million, including $775,000 in salary and the rest in stock awards, according to InsiderTrades.com.

Is the news we hear every day actually broadcasting messages from God? The answer is an absolute yes! Find out how!

Bed Bath & Beyond, once regarded as a “category killer” in home and bath goods according to Britain’s Daily Mail, has in recent years seen its fortunes tarnished, especially in the wake of its cancellation of MyPillow products produced by Mike Lindell, the firebrand supporter of President Donald Trump who maintains the 2020 election was stolen through a wide range of vote fraud.

Mark Tritton was fired as CEO in June after sales dove 25 percent in the first quarter.

Without mentioning the death of Arnal, MyPillow continued sending out commercial email messages Sunday, directly tying the financial troubles of Bed Bath & Beyond to its decision to no longer carry its products.

“In January 2021, Bed, Bath & Beyond sided with the liberal mob and dropped MyPillow products from their stores. Liberals celebrated,” the email began, featuring this exemplary tweet:

Bed Bath & Beyond has now officially DROPPED MyPillow! Thank you to everyone who stepped up and help amplify our message and thank you to @BedBathBeyond for siding with democracy. https://t.co/otp3dH7r7c

It then mentioned the news of the chain closing 150 of its stores, and proffered its own take on the matter:

“Canceling MyPillow was a big mistake! They forced conservatives to choose between a big box store and a man who fights for conservatives. With MyPillow winning, will other retailers stop fighting conservatives? Will we return America to the open economy it should be?” 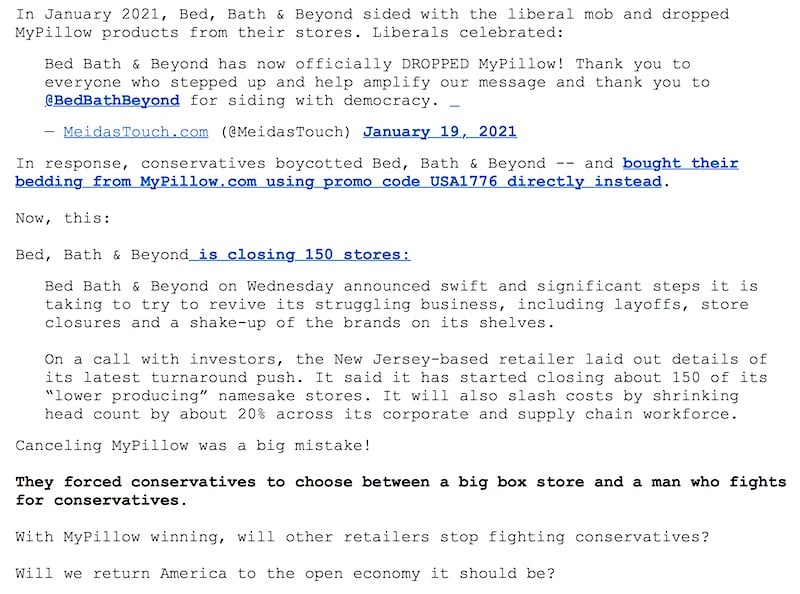 The commercial email sent by MyPillow on Sunday, Sept. 4, 2022. (Screenshot)

The website for 56 Leonard Street in Tribeca, the scene of the death, calls the luxury skyscraper “a vertical glass expression of sculpted surfaces, cantilevers, and sparkling glass.” It quotes Justin Davidson, an architecture critic for New York Magazine, who calls it the structure, “The most alluring addition to the downtown skyline in decades.”

J.D. Rucker at the Liberty Daily noted: “Everything about this story seems strange.”

The Death of Black Coffee:

Latest studies have found that 1 tiny tweak to your morning coffee puts your body into fat-burn ing mode for the rest of the day.

Yet, it instantly ignites your metabolism and boosts your health, energy and well-being at the same time!

Here’s to an amazing start to your day 🙂