During Thursday’s Arizona Senate hearing, auditors revealed that Maricopa County has refused to turn over necessary items – including routers, chain-of-custody documentation, and images of mail-in ballots. What’s more, 11,326 voters mysteriously appeared on voter rolls after the election, and 74,000 ballots were reportedly received but have no records to back them up.

ARIZONA HEARING: 11,326 voters NOT on voter rolls on November 7, but WERE on the voter roll on December 4, and were marked a VOTED in November 3 election.

🚨🔥Election Management System was breached during the course of the 2020 election, says digital forensic expert Ben Cotton at the Arizona hearing on the Maricopa County audit. pic.twitter.com/O62EZ5UzDJ

🚨 THIS IS JUST THE BEGINNING! pic.twitter.com/otDekj0UiP

Oddly, right as Senate President Karen Fann suggested that auditors may not be able to determine whether a ballot had been duplicated once, or ten times, YouTube pulled the feed we had originally embedded, claiming it violated their Terms of Service. 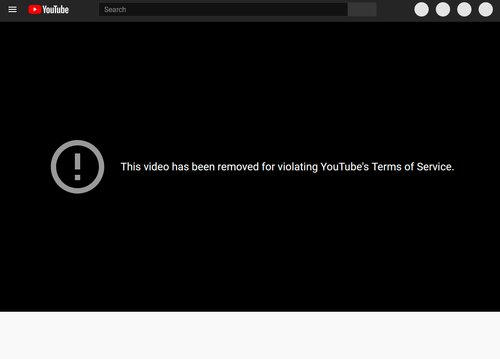 An alternate stream has been embedded below.

The Arizona Senate is holding a public briefing with leaders of the ongoing election audit authorized by Senate President Karen Fann.

It’s an update and briefing not the appropriate time for any testifying https://t.co/B88ITYCIrT

Fann is joined by Senate Judiciary Committee Chairman Warren Peterson, along with Senate audit liaison Ken Bennett and the leaders of two of the vendors hired to conduct the audit, Cyber Ninjas CEO Doug Logan and CyFIR founder Ben Cotton, according to KTAR.

Cyber Ninjas was hired as lead contractor for the audit, which started April 23 after the Senate won a legal battle with Maricopa County for access to election equipment and approximately 2.1 million ballots from the November 2020 general election in metro Phoenix.

Fann told KTAR News 92.3 FM’s The Mike Broomhead Show on Tuesday that the number ballots tallied during the audit didn’t match the total documented by Maricopa County, but she didn’t know how far off the counts were.

Most audit operations have wrapped up, but counting machines are being used to recheck of the total number of ballots, a process that was expected to continue into next week.

Audit officials have said a final report was expected to be released in late July or August.

The U.S. House Oversight and Reform Committee sent Logan a letter Wednesday requesting documentation about Cyber Ninjas’ role in the audit, funding and possible connections to former President Donald Trump or his surrogates.

The low bid doesn’t cover the cost of the operation, expected to be in the millions, and fundraising has been taking place in the name of the audit.

Fann has said the aim of the process is to restore faith in the election system and find ways to improve Arizona’s voting laws, not to reverse the result of the election.

However, many Trump supporters see it as a step toward invalidating President Joe Biden’s victory and returning Trump to office.